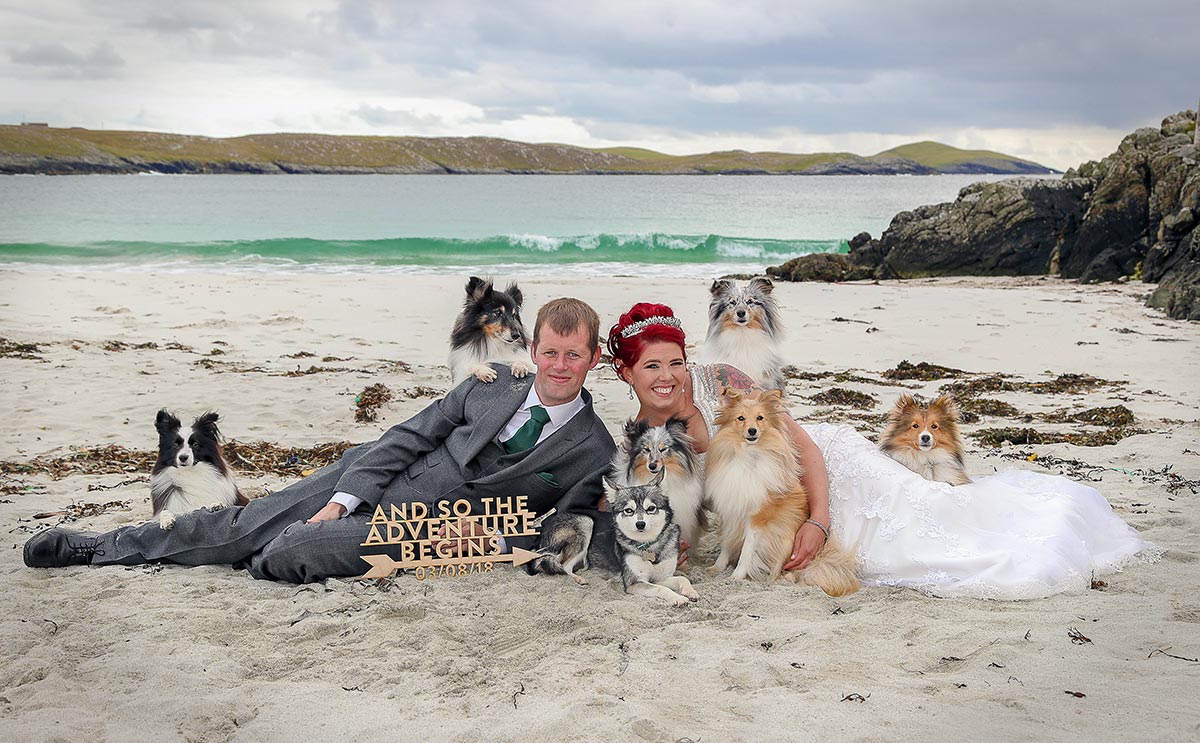 Your wedding day is your chance to feel like a princess, and when Kaylee Robertson started planning her day she knew she wanted her own version of a fairytale. “You can keep your glass slippers – the only shoe I’d be losing at midnight would be a diamante pair of baseball shoes,” she laughs.

After visiting a few venues in Shetland, where she lives with partner Robert Garrick, she was dishearted to discover that lots of her suggestions were met with negativity or a ‘that’s not how we do things here’ attitude. Refusing to allow dog ringbearers was the main issue that prompted widening the search beyond the islands. A Facebook trawl led her to Bogbain Farm, where the team were more than happy to indulge all the couple’s requests for their wedding on 3rd August 2018.

This included a diverse mix of influences including festivals, Celtic FC and Lord of the Rings. But Robert and Kaylee’s dogs had to play a special part, and dotted around the day were banners, table names and fondant figurines on the cake all depicting the seven pretty pooches. There was even a Lord of the Rings inspired-video played during the ceremony where the dogs came to the best man’s aid when he ‘left’ the rings back in Shetland, before two of the canine clan delivered them safely to the bride and groom. 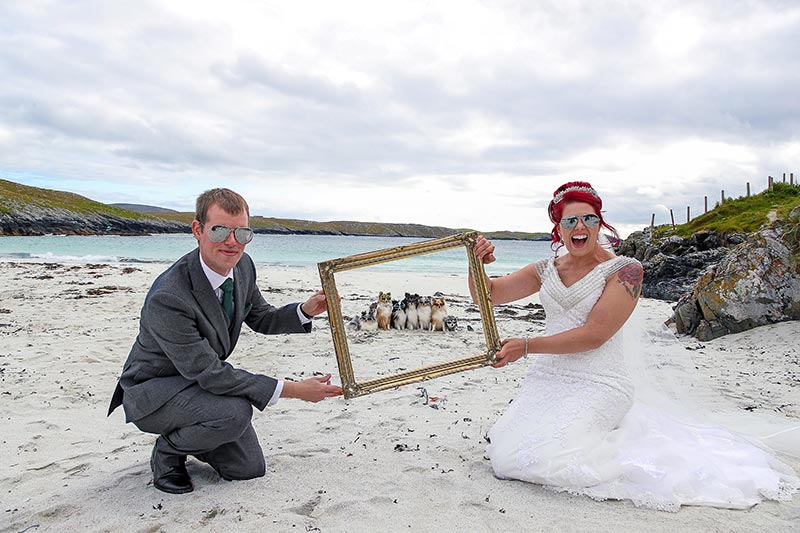 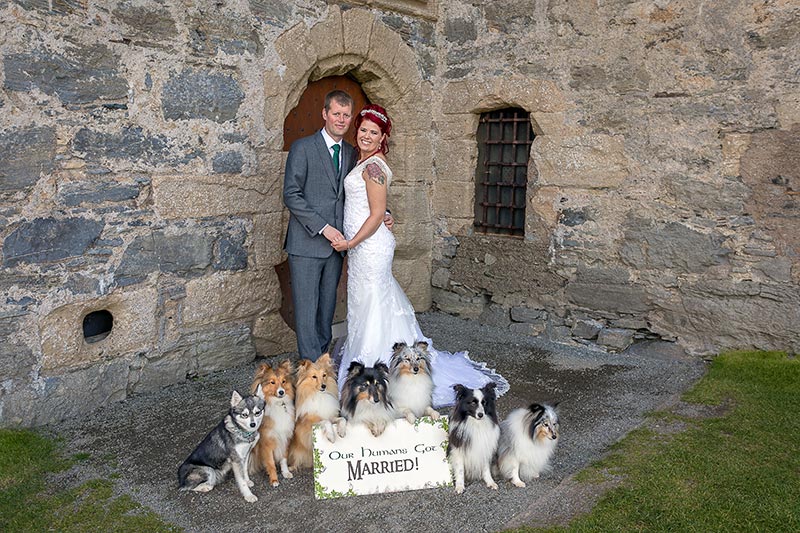 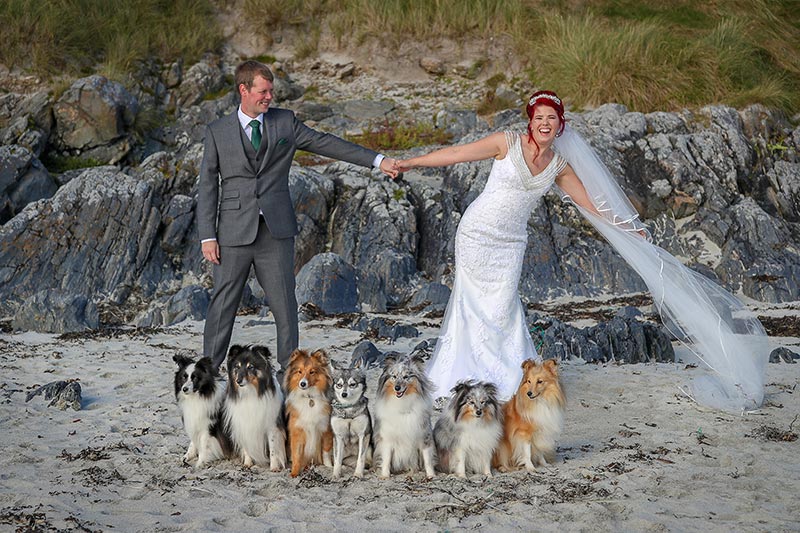 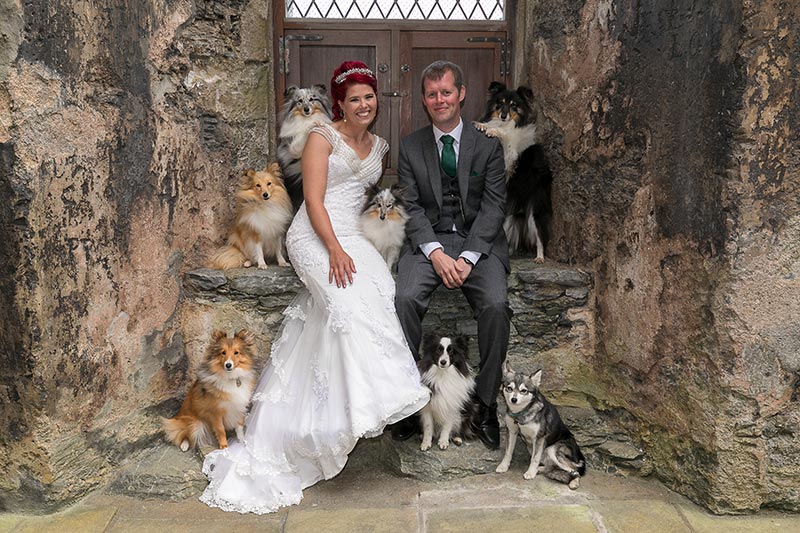 The couple have seven dogs – six Shetland sheepdogs (Fenton, Thiago, Thorin, Gimli, Murphy and Jara) and an Alaskan Klee Kai (Ghost) – but due to the length of the journey to the mainland, only Fenton and Thiago made it along to the official wedding day. Luckily, local tradition dictates that if you get married elsewhere, you should hold a ‘haemfarin’ party back on Shetland, and it was during this celebration that the reunited pack were given a starring role.

“When it came to a wedding that was all about us, how could we not include them?” summarises Kaylee. We couldn’t agree more! 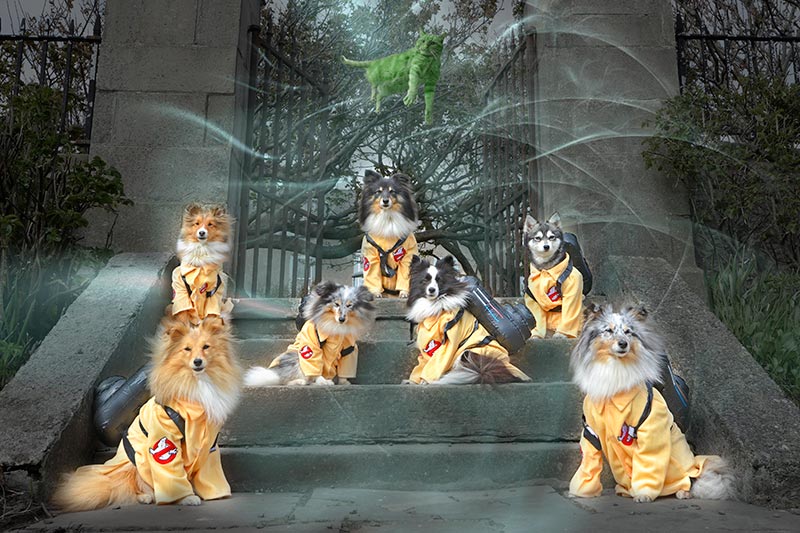 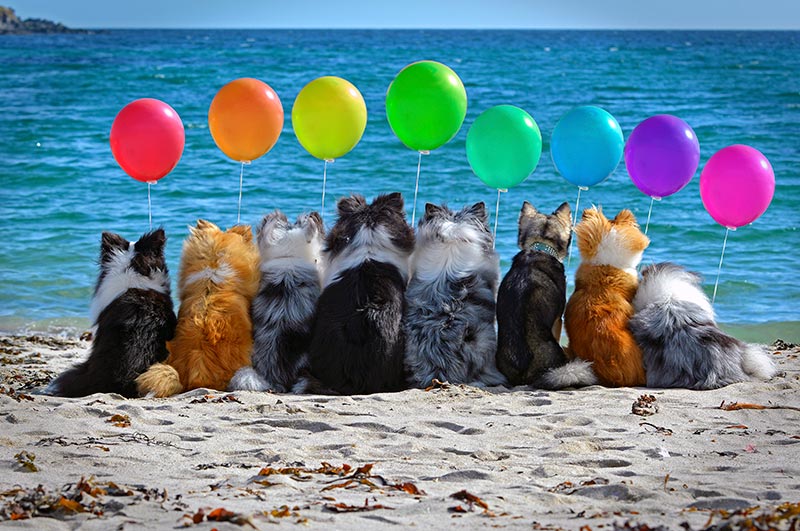 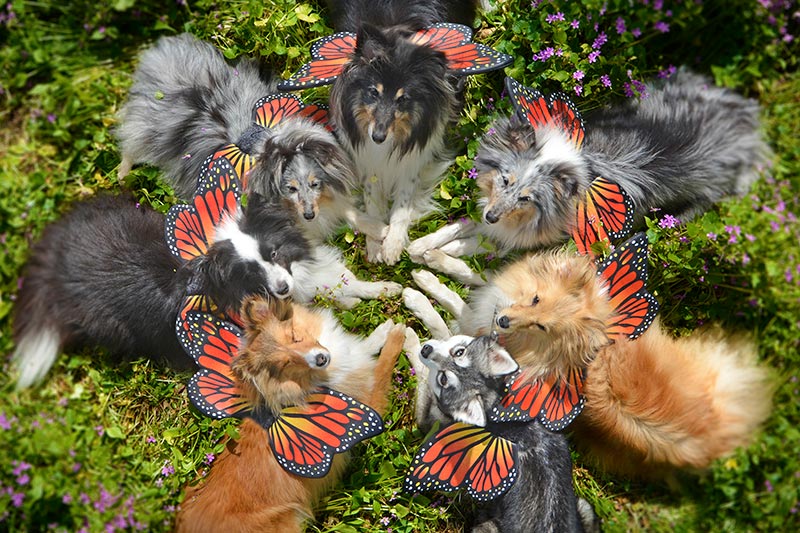 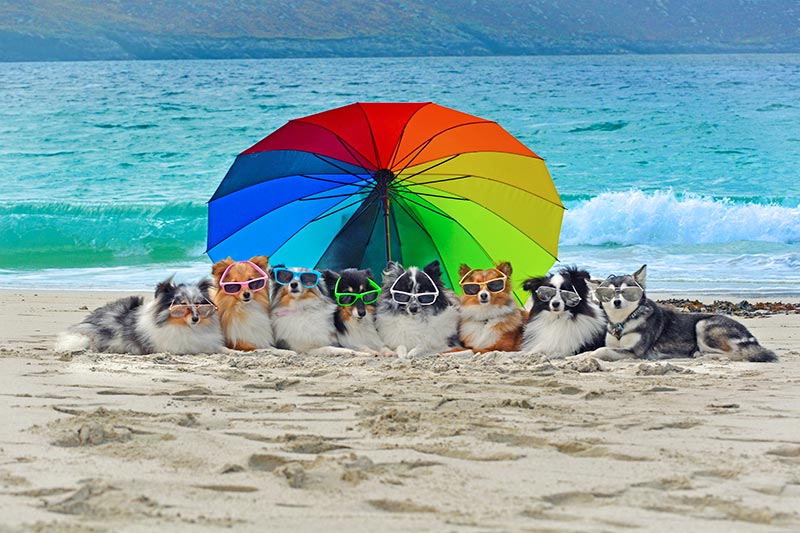 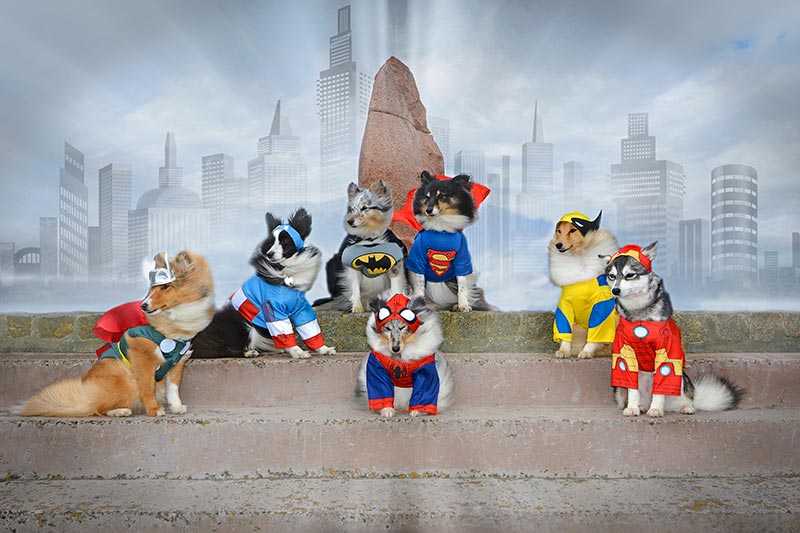 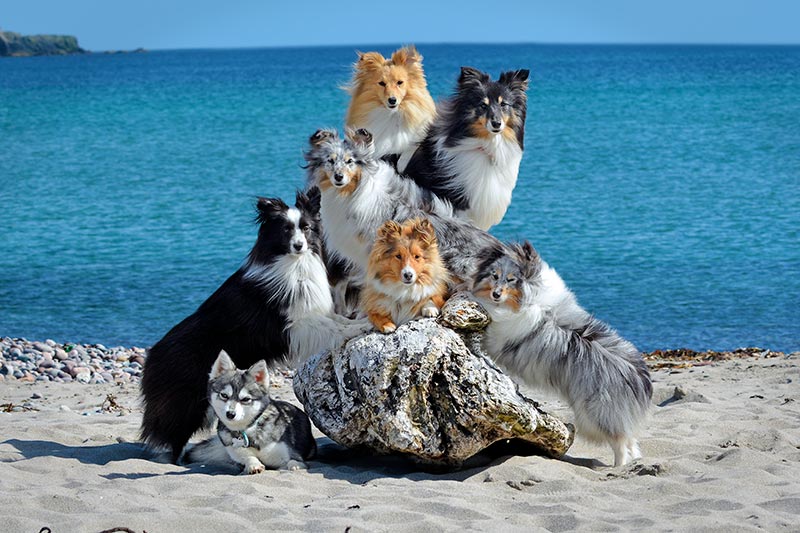 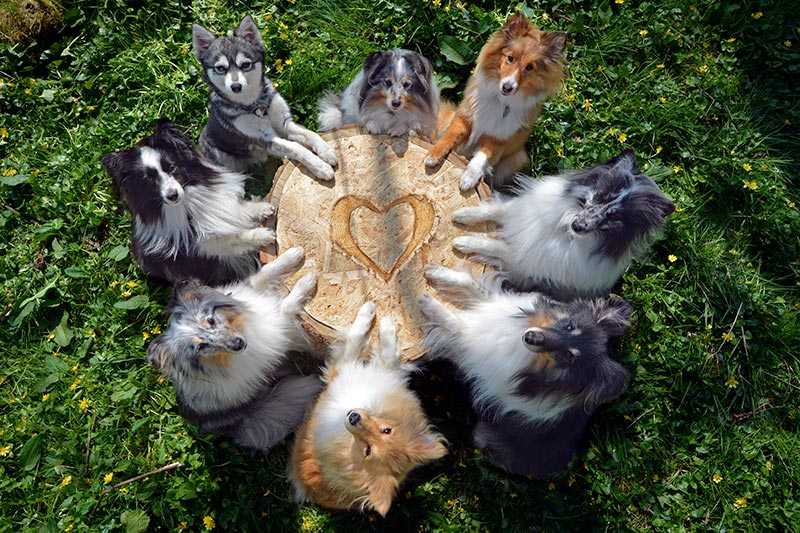