The brand spanking new issue of Tie the Knot Scotland magazine lands on 1st September! Let’s take a sneak peek, shall we? 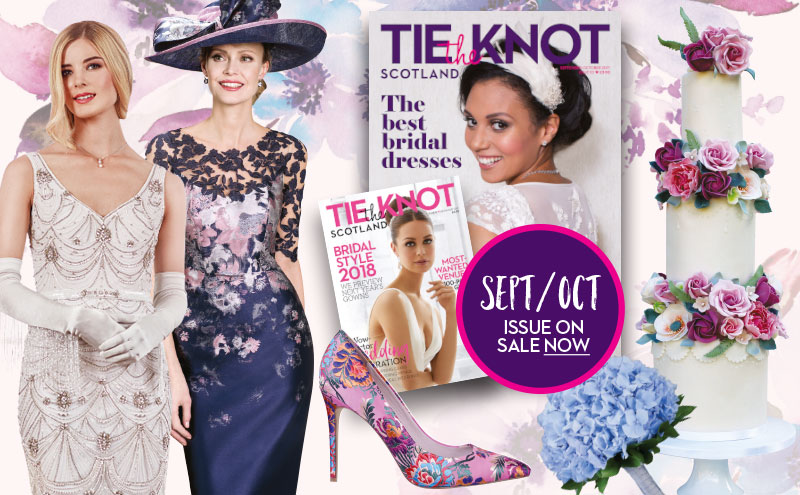 Well that’s it: summer is officially over. What summer, we hear you cry? This has been one of the wettest on record, it’s only gone to prove just how dedicated Scotland’s suppliers are, no matter how water-logged the marquee may have been a few hours earlier (a true story in this edition!). So here’s to the troopers, expertly getting you through from ‘what are we going to do?’ to ‘I do!’

We’re still holding out hope for an Indian summer, but there’s plenty of sunshine to soak up in the September/October issue. Our bridal photoshoots miraculously drenched us in Vitamin D: The Firth Pavilion at Seamill Hydro’s shining seaside vistas showcased the frills and feathers on a new crop of gowns; meanwhile, further down the country in rural Galloway, the dreaded rain held off long enough for us take the very best British-made dresses outside and into Argrennan Manor House’s bountiful walled garden, amongst the butterflies and bees. 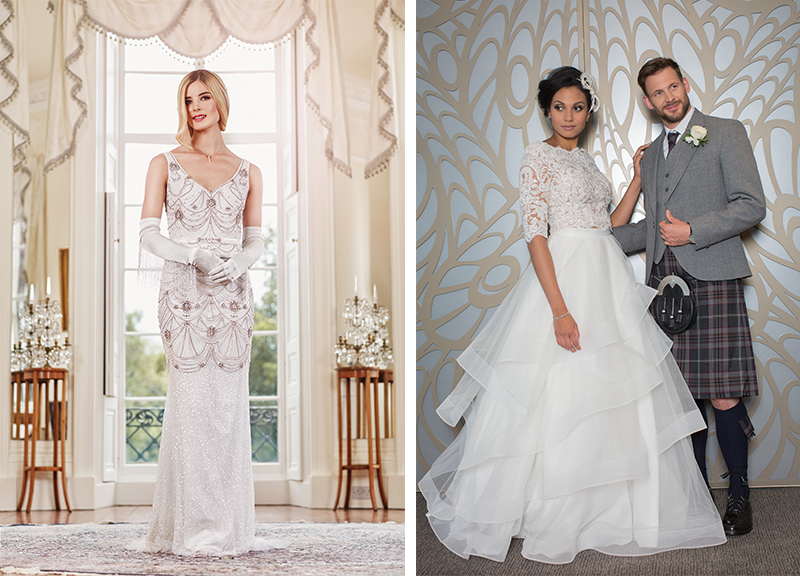 Jodie Mann worked her magic at Argrennan Manor House; Alexandra Roscoe was behind the lens at The Firth Pavillion at Seamill Hydro

Elsewhere, this issue’s fashion game is strong, with a bumper edition of Boutique Buzz, bringing you up to date on all of the latest collection launches for 2018, the exciting designers making their way north of the border and the opening of some fresh new stores in Scotland.

We catch up with Essense of Australia’s powerhouse designer, Martine Harris, profile the top bridesmaid brands every bride should have on her radar, and delve into the costs and work involved in a vital part of your dress shopping and fitting process – the alterations.

With the recent change in Germany’s stance on same sex marriage, not to mention the Scottish Episcopal Church’s ground-breaking decision to allow gay couples to marry in its churches, we thought it was time to take stock of how far we’ve come – and how much further we have to go – in the quest for gender equality. This issue’s Talking Point tracks the milestones and meets the couples and suppliers navigating through it all with aplomb.

If finding a venue is your current bug-bear, have no fear – our venues section is here, bursting, as ever, with inspo. You’ll soon learn that it’s as easy as A to Z (yes, we have dedicated advice for every single letter), you’re never alone in the process (we interview three venue coordinators and a head chef who’ve more than got your back) and that you will come to the right decision eventually (six couples declare their love for their venue in this edition’s area-by-area case studies). 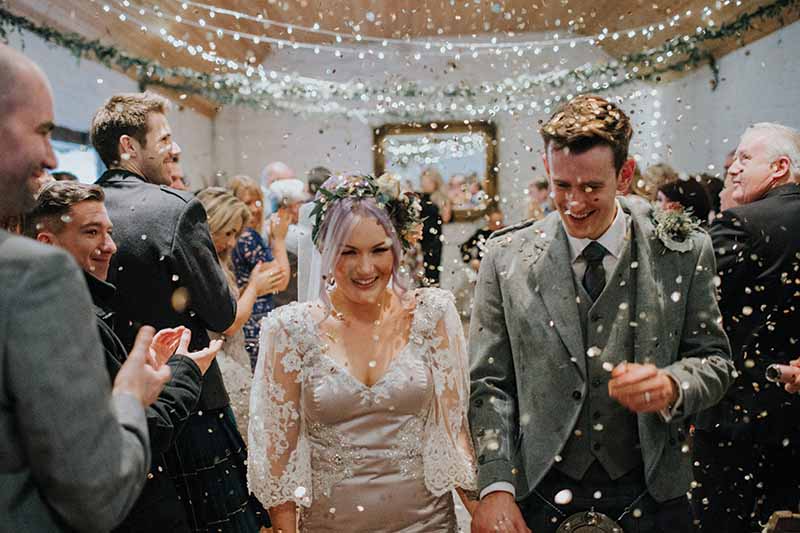 And don’t say we’re not good to you, as the real-life wedding section is a Pinterest-worthy window into seven couples’ big days, including a lush, farm-based shindig held on a Tuesday, a family-focused, rainbow extravaganza, a glamorous, musical do in Stirlingshire and a sentimental June wedding with a candy pink-haired bride.

We also look into hiring and buying kilts, explore the different types of ceremony open to you and your other half, ask the awkward questions, so you don’t have to (for instance, what on earth do you do if you’re not a fan on your engagement ring?) and price honeymoons for every budget. Santorini it is then…

Buzzing to get your copy? Tie the Knot Scotland is available from 1st September from selected Scottish retailers. Why not take out a year’s subscription for just £18?