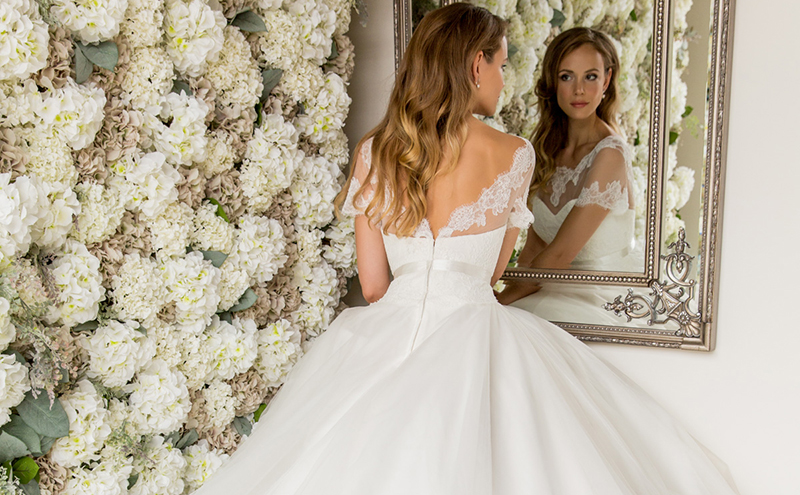 “That’s a quarter of a century. Makes a girl think.” So mused Marilyn Monroe in Some Like It Hot on turning the ripe old age of 25. But, for effortlessly elegant bridal couturier Joyce Young, whose business is celebrating the same milestone this year, this is no time to pause for thought.

“To stand still is to go backwards,” she argues. “Never one to rest on my laurels, I continue to get excited about the next thing, about moving forward.” And there’s certainly plenty on the horizon for Joyce to throw herself into.

The designer and owner of two boutiques (in Glasgow and London), has come a long way since launching her first line, a cruisewear collection called By Storm, in 1993. Now, she and her equally hard-working team are busy preparing for a retrospective fashion show planned for later in the year and welcoming a new staff member, a pattern cutter who’s previously worked under Bruce Oldfield and Suzanne Neville. Joyce has also been asked to design two gowns exclusively for a Japanese tartan exhibition in September, touring five cities.

“And in another 25 years?” reflects Joyce. “I hope the brand will still be a success!” We have no doubt.

About 14 hours ago from TietheKnotScotland's Twitter via Hootsuite Inc.

Prosecco and prizes?!? This sounds like a prime opportunity for some #bridetribe bonding with @OranMorGlasgow... tietheknot.scot/round-up-your…

We'll be leaning in to all things Scottish later this week in celebration of Burns Night, and that includes a tour of some of our bonnie country's best venues. Which has your vote? For timings and more info, please visit: ed.gr/b5lzo pic.twitter.com/9hwKqVOddW