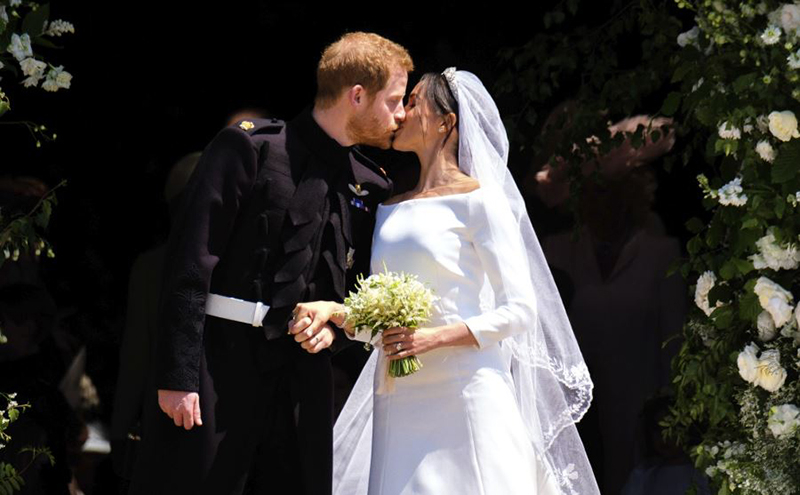 YES TO walking yourself down the aisle

The week before your wedding is always stressful but our hearts went out to Meghan when she was dealing with private family issues in a very public way. The question of who was giving her away in the absence of her dad brought up an even better question: ‘why do women still need ‘given away’ in 2018?’. She was met halfway by Prince Charles, but her graceful solo stride for the first half of the trip up made a powerful statement. We’ll raise a glass to more brides sacking this antiquated tradition!

NO TO inviting exes

It’s nice to get on with your ex. You have a shared history. But let’s leave the past in the past, eh? If they’re invited then everyone reads far too much into every. little. detail. Poor Chelsy Davy was caught looking lost in thought – and not particularly happy thoughts – in the BBC’s coverage and the general consensus was she was feeling a little bit gutted it wasn’t her wearing that amazing diamond bandeau tiara. What if she’d just realised she’d left the iron on instead?

Speaking of which, can tiaras please come back? Browbands and headpieces have dethroned them recently, but most of these styles could be worn to a festival or formal occasion. Unless you’re royalty, your wedding is your best chance of rocking a tiara.

NO TO show-stealing guests

We’re looking at you Amal Clooney, and David Beckham probably deserves a red card for this too. 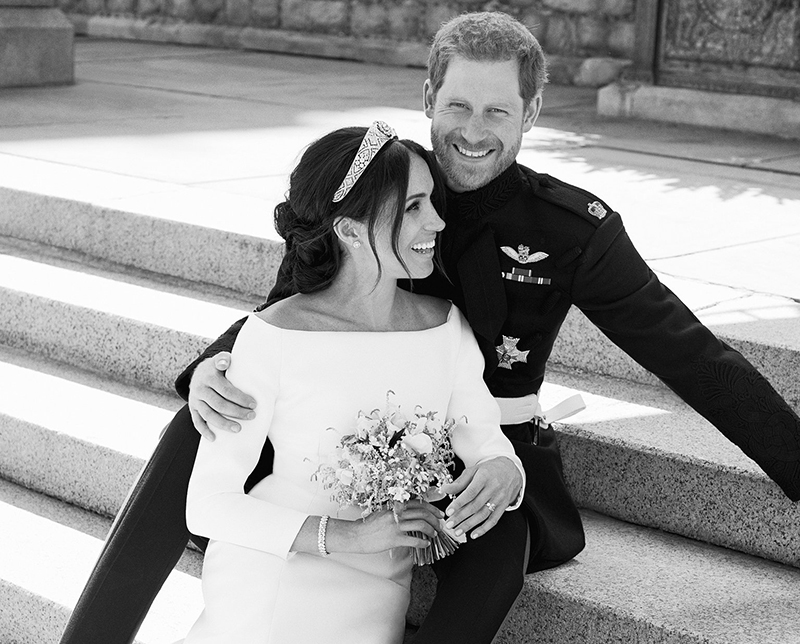 YES TO being yourself

We’re big advocates of staying true to you when you say I do – try saying that after a couple of cocktails – so the best thing about the royal wedding was that it looked like Meghan was able to retain a lot of herself when marrying into a family so immersed in pomp and protocol. Where do we start? Her relaxed hairstyle, making a speech, on-trend ‘no-makeup’ makeup, even the personalised canvas bags left on ceremony seats had a real air of Pinterest planning nights drinking pinot grigio in a onesie. Meghan, we love you.

NO TO pick ‘n’ mix guests

We speak to brides and grooms who don’t like the idea of evening-only guests and would rather have everyone all day, but Harry and Meghan dropped 400 guests after the ceremony, inviting just 200 to their reception. We don’t see this catching on – would you want to put on eyelashes and a fascinator and not even get a piece of cake?

The biggest buzz in TTKS towers centred on Meghan’s dress. Who would design it? Would she go for something wild? Will it even be white? The simple-but-exquisite Givenchy gown by Clare Waight Keller played second fiddle to the elaborate five-metre long, hand-embroidered silk tulle veil, but when she slipped into her Stella McCartney halter later on, the sartorial signal was clearly ‘I’m ready to dance’. And it’s not just Meghan, more and more of you are going for something demure/fitted/OTT during the day and then nip off to change into something much more party-ready.

NO TO staid ceremonies

Scotland is one of only eight countries in the world where Humanist ceremonies are legally recognised, and the growing popularity is attributed to their personal and more informal style when compared to a traditional church ceremony. And you don’t get more trad than the archbishops and abbeys you normally associate with a royal wedding. That is, until Michael Curry, leader of the US Episcopal church, stepped up to the mic with his iPad and caused waves around the congregation with a fiery sermon about love. We loved every minute and can’t help thinking if a more American vibe was readily available here with passionate preachers and gospel choirs, church ceremonies might claw some of that lost ground back.