Alpacas, string quartets, sentimental songs, fireworks displays – there are a million-and-one ways to catch your guests off guard 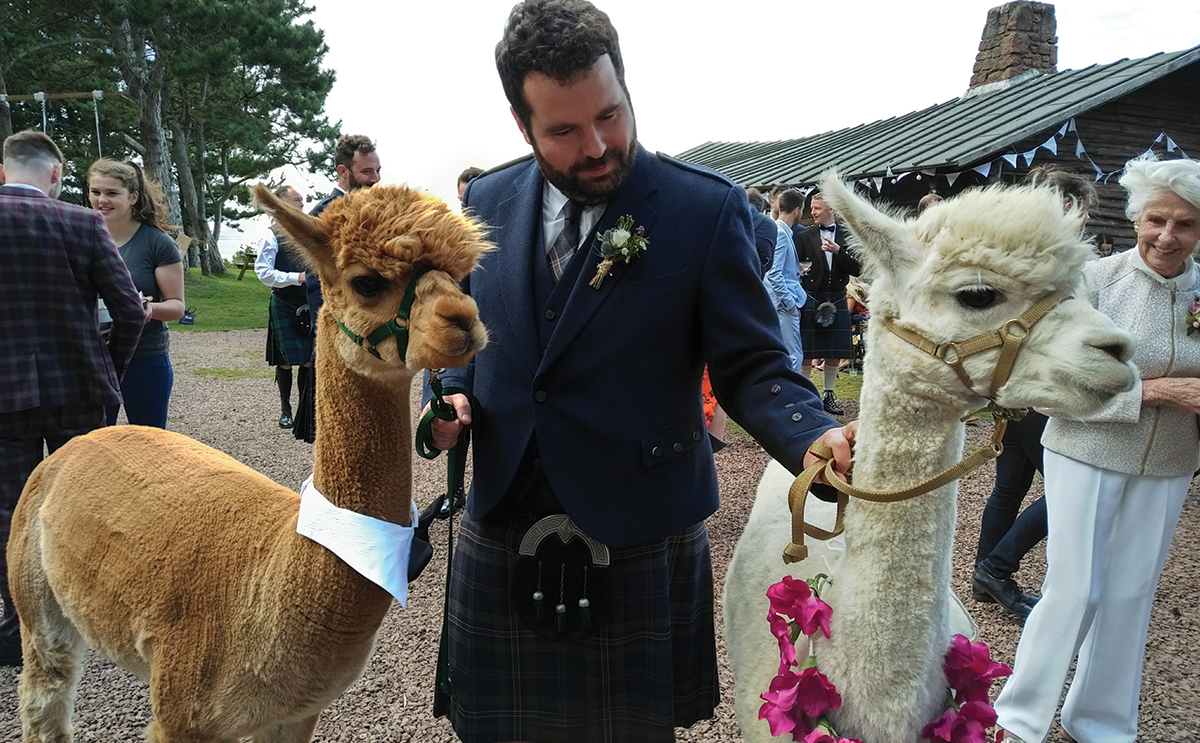 Whoever said knowledge is power has clearly never been to a wedding with singing waiters.

In case you haven’t had the pleasure, the premise is as follows: you’re sitting tucking into your Chicken Balmoral, debating the bride’s choice of gown (always breathtaking, FYI), when all of a sudden the chaotic chef bursts out of the kitchen to apologise for late-running musicians. He or she then ‘fills in’ until the act arrives, is joined by a couple of other members of staff, and it soon transpires from their Andrea Bocelli-levels of warbling that this is, in fact, the entertainment. Cue hilarity.

The thing is, in the age of IGTV, we all want our big day to go viral, and part of that magic formula is, inevitably, a surprise performance.  If it’s not the bridesmaids (enough with the rap/speech bit already) or resident pet, then it’s down to the pros to sweep unsuspecting guests off their feet. How? Well, that’s for you to know, and us to find out. 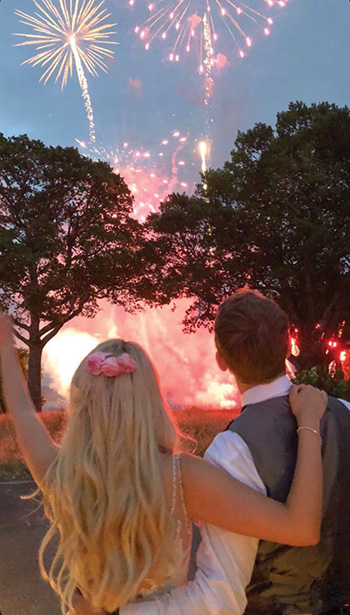 If, like me, you suffer from an overactive imagination, you’re probably months ahead, picturing sax players popping out from behind the pews and swelling gospel choirs serenading you down the aisle, but there’s a long road ahead before you see those stunned faces. Your first task is to decide who you’re surprising – will it be your other half, your guests, or both? – and what exactly will surprise them. A band playing your favourite track? An elaborate first dance? A tribute to a certain star?

“A simple email would be the best way to see what’s possible,” advises Dee McLaren of rocking trio Splendid Gentlemen. “Guard against accidently copying in your partner or using a joint account if you want it to be a secret. And, as with anything else, give as much notice as possible. It might require us learning a new song, for instance, and different acts have different deadlines, particularly at busy times.”

Kim Shepherd, who’s part of five-piece band Cut the Cake, seconds that: “The more notice we have, the better – we ask for at least two months for any requests. We tend to have a lot of songs on the go – just update us and iron out changes in plenty of time.”

Depending on how ostentatious your proposition is, you also might be looking at having to spend a little more than usual. “If it was something that involved extra rehearsals or props, there would be additional costs,” warns Dee. “But most bands practise frequently, so should be able to fit in the odd song or two, if their schedule is not too hectic.”

Can’t arrange the proverbial in a brewery? You won’t necessarily have to morph into clipboard-wielding Monica from Friends over-night. “As long as we know what the couple wants, we organise it all,” assures flautist Siobhán Daly at Amarone Music. “We’ll report back as plans are taking shape, and if we’re asked to play alongside other people we’ll ask for their contact details and work it out from there between us.” Yes, you heard right, you can have multiple acts, but be aware that you’re upping the ante considerably on the logistics. “Sometimes it can be tricky to sort out a rehearsal,” Siobhán notes. “Venues such as churches can be locked until right before the ceremony is due to begin. You’re relying on everything being finalised on the day and everyone knowing exactly what they’re doing and when. It needs to be meticulously co-ordinated in advance.”

Another vital component of a surprise performance? Keeping schtum. It sounds blindingly obvious, but your cover can be blown in the blink of a gossiping aunt’s eye. “Don’t tell anyone who might to spoil it!” Kim cautions. “Keep the suppliers concerned well informed but don’t get too many people embroiled in the preparations, as that’s when wires can get crossed and things can inadvertently be revealed.” 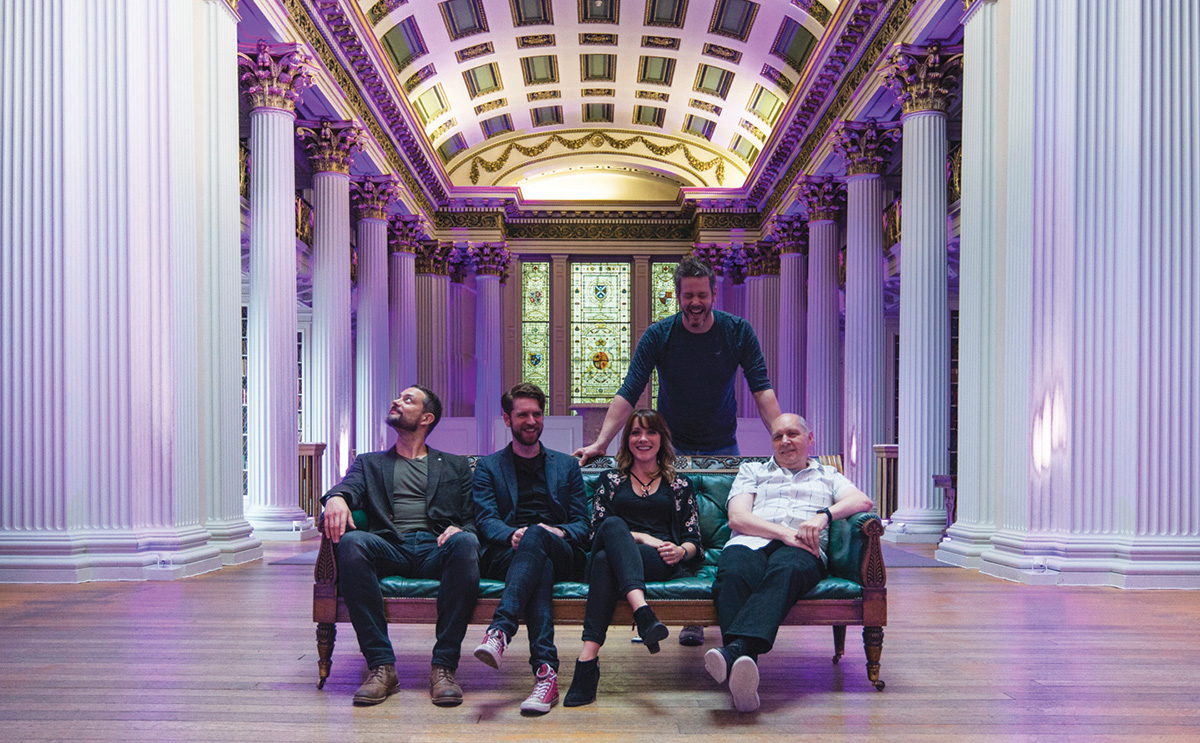 Impromptu performance? How about a surprise wedding? Fife-based band Cut the Cake has seen it all

In terms of what’s possible, the sky’s the limit. How about, ahem, fireworks? “We have done many surprise displays,” confirms Colin McNair at Midnight Storm. “Sometimes the couple know, sometimes only one of them does, occasionally it’s a gift from the parents or the best man. We can usually delay setting up the show until the first dance draws everyone inside and are lucky that our favourite venues have natural cover that we can hide behind so the guests are unaware.

“Friends and family are then called outside for a group photo or sparkler picture, and one of our firers steps forward and asks the couple to press the start button. Unless we have livestock nearby or small children, we will begin with a glittering wall of colour and continue for five to ten minutes in most cases. For the show pictured above, we had seven members of crew, 12 firing positions and 20kw of PA and almost no one suspected a thing beforehand. They were treated to a pyro-musical, with the couple’s best-loved songs timed to thousands of electronically fired shells and candles.” 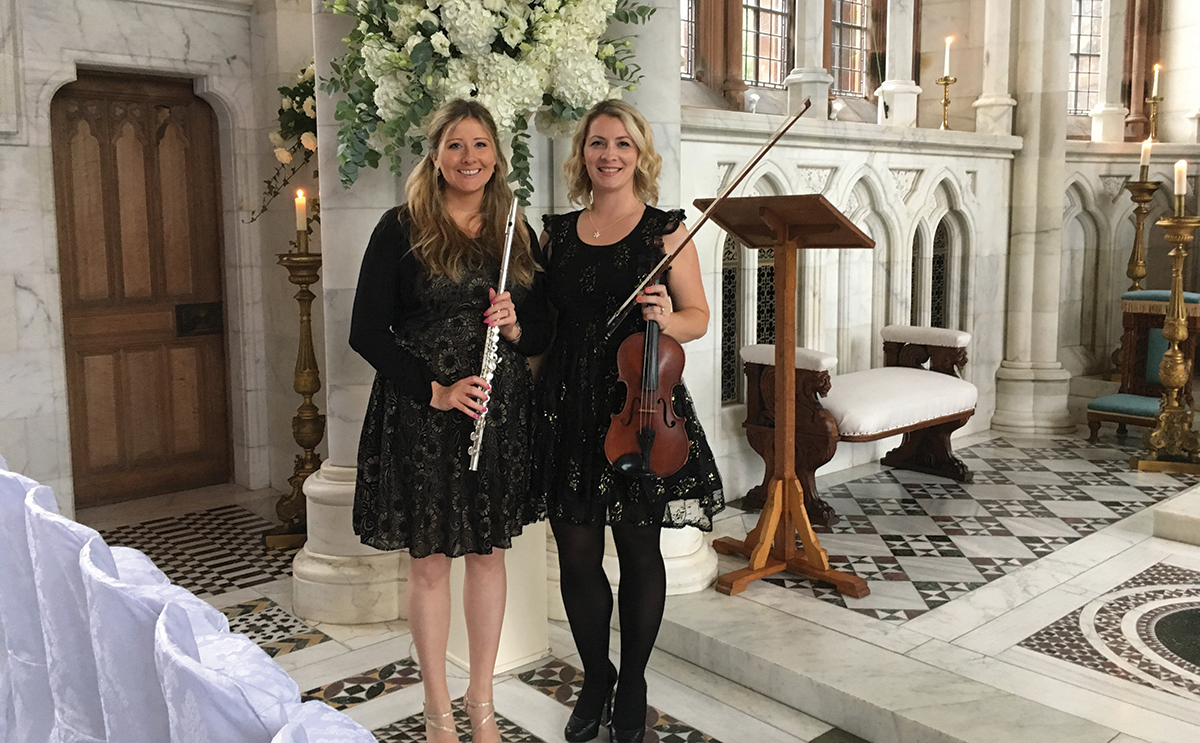 Amarone Music can be a powerful addition to the ceremony

Catherine wheels and rockets not your bag? Maybe an alpaca double act is more your scene: “Generally, we wait just outside the ceremony,” smiles Stuart Ramsay of Velvet Hall Alpacas. “When the best man comes to hand over the rings, he plays the ‘Oh, I’ve left the rings somewhere else’ card, paces over to the door and walks back in with the two alpacas, with the rings in a pouch around their necks! They’ll get a round of applause and then we’ll retreat until the service is finished, before mingling with the guests.”

For Siobhán, the unexpected performances that she’s taken part in are some of her most memorable.  “Recently, we were booked by a couple but the groom got in touch with us himself to ask if we could accompany the Scottish Police Choir,” she says. “He had them teed up to sing All You Need Is Love, à la Love Actually. The choir even dressed as guests (complete with fascinators!) and spread out over a few seats so the bride wouldn’t spot them. We’ve also had a bride ask to have her groom’s favourite song played just before her entrance. As soon as he recognised it, the tears fell!”